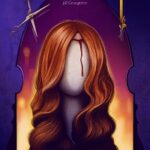 3 star highly styled horror/thriller.
The Stylist is written and directed by Jill Gevargizian based on her short film of the same name. It is her feature directorial debut and disappointingly it shows. Although clever and stylish in places, the pacing issues make this film difficult to watch.
It is available to stream now on Arrow Video.
“That’s why I do hair. You…more 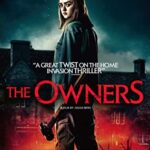 4 star brilliantly twisty home invasion horror.
The Owners is based on the graphic novel Une Nuit de Pleine Lune by Yves H. and Hermann. It is written by Mathieu Gompel (The Dream Kids) and Julius Berg who also makes his feature directorial debut with this excellent horror film.
“I don’t know what you’re talking about, we don’t have a safe.”
Nathan (Ian Kenny –…more 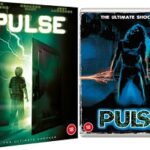 4 stars, when electricity goes bad!
Pulse is a well loved classic eighties horror film, originally released in 1988. It is written and directed by Paul Golding (Beat Street) and was his only feature film.
It is presented here on Blu-ray in the UK for the first time courtesy of Eureka Classics.
“You put that thing under a magnifying scope and that smooth, steady…more 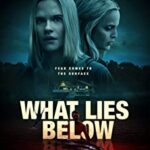 3 Star
Never Trust Something That is 360 Million Years Old.
Writer/director Braden R. Duemmler brings us his first feature horror/sci-fi tale of a woman that thinks she has found love, but with whom has she fallen in love and what does her daughter think of all this?
Liberty Wells (Ema Horvath, Like.Share.Follow., The Mortuary Collection) has spent the summer at the Diggers…more 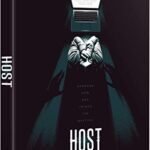 4 stars of refreshingly different and terrifying horror.
Host is a Shudder Original film, now available on Limited Edition Blu-ray. Written by Gemma Hurley, Jed Shepherd and Rob Savage who also directs, this timely and insightful film is a fantastic offering from these relative unknowns.
The genius of this film lies in its brilliant capture of a snapshot in time at the…more 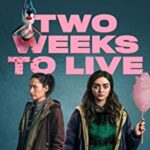 4 Star
A True Voyage of Deadly Discovery.
From the pen of Gaby Hull (Benidorm (TV Series), We Hunt Together (TV Series)) comes a British Black Comedy that only British writers can produce (Hilarious). Brought to life by Sky UK and HBO Max with Al Campbell (Code 404 (TV Series), Man Down (TV Series), Fit (TV Series)) at the helm we get…more 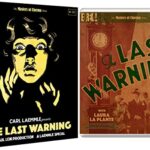 5 star restoration of a silent classic whodunit.
The Last Warning was originally released on Christmas Day 1928, to mixed reviews. Adapted from Thomas F. Fallon’s 1922 Broadway play of the same name, The Last Warning is based on the story The House of Fear by Wadsworth Camp.
It was the final film from respected German director Paul Leni (Waxworks, The Man Who Laughs, The Cat and the Canary), released just eight…more

This website uses cookies to improve your experience while you navigate through the website. Out of these, the cookies that are categorized as necessary are stored on your browser as they are essential for the working of basic functionalities of the website. We also use third-party cookies that help us analyze and understand how you use this website. These cookies will be stored in your browser only with your consent. You also have the option to opt-out of these cookies. But opting out of some of these cookies may affect your browsing experience.
Necessary Always Enabled

Any cookies that may not be particularly necessary for the website to function and is used specifically to collect user personal data via analytics, ads, other embedded contents are termed as non-necessary cookies. It is mandatory to procure user consent prior to running these cookies on your website.